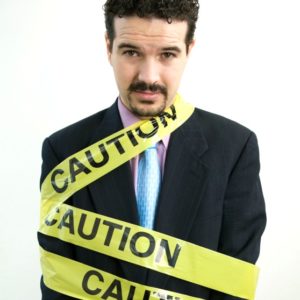 Let’s start with some history and definitions. Years ago most banks were Relationship Oriented. Although they still had to make money, the Bankers were more concerned about giving you really good customer service. The customer came into the bank to open an account and the Banker developed a personal relationship with the customer. Back then banks made more money off of interest and less off of fees. And customers were more loyal and would stay at the same bank for their entire lives. As banks started to grow and pressure grew to make more money, banks realized that customers with more products were less likely to leave to get a higher interest rate at the bank across the street. So, Bankers were instructed to cross sell to customers to increase the number of products that each customer had. To encourage the Bankers did this, an incentive program was set up and they were given a bonus for every new account they opened. At first it was not a big deal because loyal customers were happy to open more accounts with their favorite Bankers. They usually needed another Savings Account or a credit card or a Safe Deposit Box or a loan anyway.

The problem began when there were not enough new accounts to meet the goals set by the banks. The current customers did not need any more new accounts and there were only so many new customers. Customers started noticing that every time they came in a Teller or Banker was asking if they wanted to open a new account. There was still the friendly greeting, most of the time, but it was always followed by a sales/new account request. All of the sudden, the bank did not seem so friendly. Also, customers started noticing new faces. What was going on? At hard core banks were sales were a big priority, Bankers were under a lot of pressure. If Bankers did not meet their sales goals, they were given a pink slip. Yes, they were fired. The banks sent their message loud and clear, “Perform or Get Fired!” Bankers started doing whatever they needed to do to make sure they met their sales goals. Some did it for the money, while others did it to make sure they did not lose their jobs. Either way, there were a lot of shenanigans going one. Unfortunately, the biggest losers were the customers. They were lied to and preyed upon by their trusted Personal Bankers. That relationship that began with trust and great service became one of dishonesty and disgust. Of course, not all Bankers are bad and many have cleaned up their act. However, Bankers still have to make money. So make sure you look at your statements and watch your accounts. If you don’t need an account, “Just Say No!” If you keep feeling pressure or feel unsatisfied, talk to the manager or vote with your feet. There’s another bank that is willing to treat you better and would love to have your relationship. All the best!