Looking For Love Can Cost Alot!

Looking For Love Can Cost Alot! 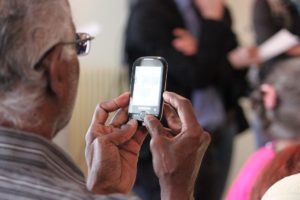 ing hair, increased wrinkles, and slower steps are signs of aging and cause many to give more respect. Unfortunately, for others they are signs of vulnerability and opportunity. According to research millions of seniors are targeted for financial scams every year. That is so sad. There are several scams they fall prey to including funerals, sweepstakes, investments, mortgages and prescription drugs. A few reasons seniors are targets is because they are friendly, they can be lonely and have a lot of time on their hands, they may have a lot of money in the bank that they saved up for retirement, and they are not as sharp as they used to be because the aging process has slowed them down. It is always sad to someone taken advantage of but it can be more heartbreaking to see a senior citizen being taken advantage of.

I recall the case of an older customer. She came into the bank on a regular basis, so I knew the activity in her account. One day she came in and requested to wire transfer $10,000 to someone in a foreign country. This was highly unusual. As I was confirming the funds in her account, I noticed that a little over $10,000 had just been wire transferred into her account the day before. Hmmmm. Something did not look right. I asked if she knew the person she was sending the money to. She said it was her uncle. I asked who had sent the money to her. She said it was her uncle’s daughter. I asked why her niece did not send it directly to him. She got a little defensive and said all she knew is that he needed it to pay bills. I told her that it appeared to be fraud but she swore that she knew who it was going to and that it was legit. As I proceeded to process the wire transfer request, a representative from the fraud department called and asked to talk to the customer. They stated that if we processed the request and found that it was fraudulent, then our customer would be considered an accomplice even if she did not know anything about the fraud. It was explained that unsuspecting people are used as middle men in these scams. She started to back pedal a little and said that she was not 100% sure who the person was. I could tell she was embarrassed but at least she cancelled the wire transfer request. She became one less victim but unfortunately someone else would not be so lucky.

Many times scammers contact innocent senior citizens via the internet and/or text messages to befriend them because they know they can be lonely and vulnerable. Sometimes these can develop into romantic relationships with pictures being exchanged over the internet. After the victim feels a sense of attachment, the scammer will make a request or requests involving money. The victim may comply and continue to comply on a regular basis. According to an article in “The Fraud Examiner”, one 79 year old grandfather was scammed out of over $700,000 by a younger woman over a two year period! He saved that money for his whole life only to be duped out of it in a couple of years. Often times these crimes go unreported because the victims feel guilty, embarrassed, or do not realized that they have been scammed. Pay attention to behavior changes in your older relatives and friends, including new, younger friends or associates. What may seem innocent could end up being very costly in one way or another.

If you are aware of elder fraud, report it to your local FBI office. Call 1—800-CALL FBI.