Is a Credit Union a Small Bank?

Is a Credit Union a Small Bank? 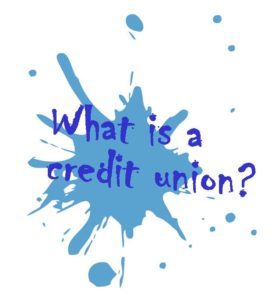 During my many years in banking I worked for several banks. Some were big, national banks and some were small, community banks. Some were service oriented and others were sales oriented. Some said they were service oriented but were actually sales oriented. Why would they say that, you may ask? Because a service focus is preferred by many customers over a sales focus. But a sales focus means more money for the bank. And when it comes down to it, banks are in business to make money – with your money. Of course businesses need to make money to survive. That’s not a secret. However, just like all businesses are not the same all “banks” are not the same.

When people want to save money they usually go to two major financial institutions, banks and credit unions. How or why do they choose a bank over a credit union or vice versa? What is the difference between banks and credit unions?  Fortunately, I have also had the opportunity to work at a credit union, so I can give you some firsthand knowledge about this too.  Let’s briefly explore the differences. First, a bank is a for-profit financial company and in many cases, it may be led by paid board members, who are not necessarily depositors of the bank. In this case, the shareholders who purchase the bank’s stock are the owners. A credit union is a not-for-profit financial cooperative. It is run by member-owners on a one member-one vote system. Members agree on all of the cooperative’s decisions together. A bank’s profits go to its stockholders. A credit union’s profits go to its members in one of two ways: 1. Members earn interest, called dividends by most credit unions, on their deposit accounts. 2. Some credit unions periodically pay dividend checks. Anyone is eligible to open an account at a bank. When they open an account, they are known as customers. Credit unions, on the other hand, are restricted by law to base eligibility on certain groups of affiliated people based on where they live, work, worship, attend school, etc. You may have seen a Teacher’s Credit Union or a Company Credit Union. In addition to this, you can be eligible if a member of your family or household has an account there. Account holders at a credit union are known as members. The minimum amount to become a member can be as little as $5. To find out more about the difference between banks and credit unions click here.

That information is all well and good but some of you may think, “Who cares?” I definitely understand that. Let’s get to some of the other major reasons why people to choose one over the other. Since banks are for-profit and bigger than credit unions, they have more resources and can offer some more products and services than credit unions. Like wider ATM networks and large commercial loans. Since credit unions are not-for-profit cooperatives and member-owned, they give their profits back to their members in the form of higher interest rates on deposit accounts and lower interest rates on loan products. Do the comparison for yourself. It is highly unlikely that you will find a bank that has lower loan rates than a credit union or higher deposit rates. Also, in my opinion, because eligibility is limited, customer/member service in a credit union tends to be much better than that of a national bank. As I mentioned, I started my banking career in a small, community bank in Chicago and customer service was a very important factor. As banks grew and profits became even more important, sales became more important at the expense of customer service. In fact, the customer/member service at credit unions reminds me of my days at the small, community bank in Chicago. I have tried to get credit union members to open accounts at the bank where I worked and they refused because of excellent service, the favorable interest rates, and lower fees. It may sound like I favor credit unions over banks but that is not the case. Facts are facts. Ironically, I think credit unions are becoming more like banks in some aspects.

Credit union membership used to be more restricted. You had to be an employee or a relative of an employee to become a member. However, there are only so many employees so that was beginning to restrict the growth of credit unions. They needed to find more members, so they were allowed to open their memberships to people who lived in a certain geographic area near the credit union. That’s why a member of a credit union that was originally opened to serve employees of a certain airline no longer has to have any relationship to that airline. In fact, they do not even have to fly on that airline. This helped to increase membership and to increase profitability. However, some people were still confused about their ability to join credit unions, so credit unions began to change their names so they would sound more like banks. For instance, instead of being called Teachers Federal Credit Union, their new name might be TFC Financial. Since this sounds more like a bank, people are more likely to open accounts when they receive marketing material. In fact, some members refer to their credit union as their bank.

Who really cares? Some people prefer convenience and will open an account at the nearest financial institution or the one with the most locations. Others prefer great service and will go out of their way to get it. Some are really rate conscious and will search high and low for the best rates. While others will mix and match, and will open accounts at several different financial institutions to meet their needs. Ultimately, you will do what is best for you, but I thought you might want to know the difference and why things are different. After all, an educated consumer is an empowered consumer. All the best!