A Fool and His Money

A Fool and His Money 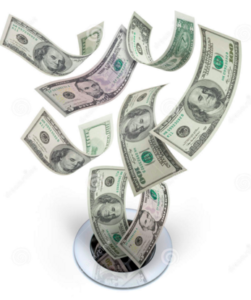 There is scripture that says, “A fool and his money are soon parted.”(Proverbs 21:20 KJV) I am not stating this not to be harsh but to emphasize the importance of Financial Education. Several people, including me, have made foolish decisions about money and finances that we wish we could take back. Unfortunately, there are no do-overs. The best we can do is hope that we get another opportunity to make a better choice in the future based on the lesson we learned, if we indeed learned a lesson. I have experienced several instances of this during my banking career, and one in particular stands out.

A young man came into the bank with his mother to open a checking account because he was going to be receiving a settlement for about $500,000. Before he even had the money, they were asking about spending limits. To be fair, they did ask about some interest bearing accounts. Interest bearing or not, I feared the money was not going to be in any of the accounts for a long period of time. Why would I think that you may ask? There are two reasons. First, they asked about spending limits. Sure, maybe they just wanted to treat themselves to some expensive items. It’s their right because it is their money. Second, he asked if he could get $5,000 in singles. $5,000 in singles?! What does anyone need $5,000 in singles for except for a “rainy” day – rather, making it rain? Otherwise, known to many as throwing your money down the drain.

For many, getting a settlement is like winning the lottery. Statistics show that 70% of lottery winners decide to take the up-front cash and end up broke again within two or three years. It is sad but true. Lottery winners need Financial Education too. There is no guarantee that they would use it but it would still be good.